“An animal’s eyes have the power to speak a great language.”

Don’t despair, luckily there are solutions thanks to the science of ethology- or as is otherwise termed Animal Behaviour (read below).

Animinds offers one-on-one behaviour counseling sessions for all kinds of pet species from dogs and cats to rodents, rabbits and parrots. We can help you no matter where you are! These sessions can take place either at the animal’s home or via distance consultations using Skype, Viber, What’s App, Facebook messenger or any other such online chat application.

The problem behavior modification program consists of three appointments. Included in the program are: the initial assessment, behavioral diagnosis, and the comprehensive behavior modification program that you progressively progress through during these three appointments. Appointments are made within 3-4 weeks of each other, as appropriate. Upon completion of the program you will have all the tools at your disposal to change your pet’s behavior.

The first goal during a first session is to assess the animal’s behaviour and environment. Essential to a thorough evaluation is the collection of valid information from both the guardian, the animal itself and the environment. Then, based on this information, comprehensive behavioral rehabilitation and modification programs are proposed. They incorporate classic behavioral techniques in combination with alternative and energy therapeutic approaches. In addition, necessary changes in the daily management of the animal are also proposed.

Over the past 20-30 years, mainly in Europe and the US, a new field of veterinary medicine has emerged. A field dedicated solely to the study of the behaviour of animals and the relationship between them and their humans. Behaviourism has already become a separate field of science and is now formally recognised as a branch of veterinary medicine (Animal Behaviour Science).

There are many reasons why this field of science has lagged behind in its development, and subsequently the development of specialized professionals. Perhaps the most important of these is our inability to detect and interpret behavioural dysfunction in our animals for what it really is ie. an emotional, psychological, energetic and behavioural imbalance rather than mere disobedience on the animal’s part. This inability results in dependency on obedience training to help deal with these imbalances which, as you may have already experienced, unfortunately, is ineffective when dealing with behavioural problems.
Moreover, 50% of behavioural cases are influenced by some kind of “hidden” pathology that needs to be addressed first before treating the symptom itself ie. the dog’s problem behaviour. It is essential, therefore, that the animal’s veterinarian be consulted first before rehabilitation is attempted.

In the US, 15,000,000 – 20,000,000 animals are killed each year, most of which were previously surrendered to shelters for problematic behaviour. In the past, euthanasia was an easy solution for complex problematic and maladaptive behaviour and was commonly used. Today euthanasia is not so easily accepted, and it is for this reason that this new field of veterinary medicine is developing exponentially nowadays.

Today, problem behaviour is categorised by experts into three basic categories. This doesn’t mean, however, that they are the only ones or that they are mutually exclusive of each other. These categories are:

The first two categories are those that constitute problem behaviour whose underlying causes lie either in the expression of a genetic abnormality, or, more often than not, in the dysfunctional relationship between the animal and its immediate environment. In most of these cases, basic obedience training will not work and it is highly recommended that a behaviour specialist be consulted. Below are some of the most common examples of dog behaviour problems that a behaviour specialist can help resolve. There are many more…

In the US, 30% of dog caregivers (and 18% of cat caregivers) consider euthanasia before deciding to consult a behaviour specialist. After behavioural rehabilitation however, less than 10% of dogs and 1% of cats end up being euthanized. Similar statistics have been compiled for the UK. It is clear from these numbers, therefore, that the treatment of problem behaviour has catalytic effects and can offer small animals a more carefree life. 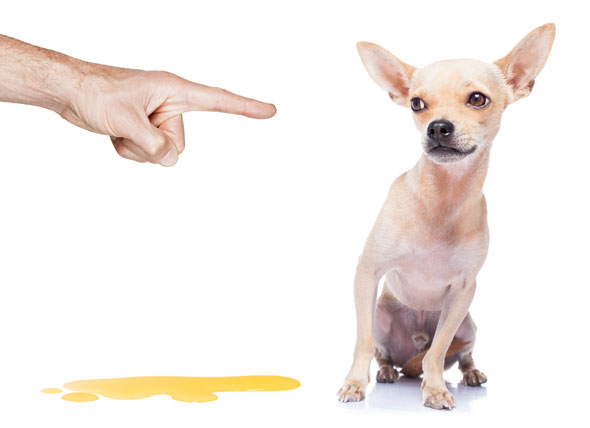 Soiling problems are so common that when our phone rings we are almost sure that on the other end of the line will be a distraught guardian looking for answers to help them with their “dirty”dog.  It is for this reason that we decided to write our first book on this specific behavioural problem. All the answers you seek are in our book “A Human’s Guide to Dog Toilet Troubles” we suggest you have a look.

Aggression is one of the commonest behavioural problems in dogs and at the same time the most serious and most dangerous for humans. Moreover, over 60% of all aggression cases find children under the age of 10 to be the target. There may be a genetic predisposition but it is more likely due to careless and even abusive behaviour from the animal’s surroundings that will cause the condition to surface and later deteriorate dangerously. At this point, it is worth noting that there are many sub categories of dog aggression manifesting themselves in a variety of ways. For this reason, it is especially important to make a proper and timely behavioural “diagnosis” before any rehabilitation is attempted. The most common types of aggression are social aggression, defensive aggression, predatory aggression, territorial aggression and many others. The causes of such behaviour are many and can range from being medical to even inappropriate nutrition.

Aggression is a very complex and multi-dimensional problem and in some cases is not fully “cured”, but rather managed appropriately and, therefore, deemed “under control”. The painful, forceful, and dominating methods that are often used by trainers in order to deal with aggression do not help in any way. On the contrary they are almost certain to lead to serious consequences for both the animal and the human.

Another widespread and crippling canine behavioural problem is fear. Fear doesn’t affect humans as much as aggression does but it is very uncomfortable for the animal. A dog can either be afraid of specific things or may generally be of a fearful nature making most things about the human world scary. This animal usually spooks easily and is always in a heightened state of arousal. The main symptoms are increased levels of tension, constant anxiety in the face of the trigger or as a general way of being. This condition is usually of escalating intensity and is difficult to rehabilitate. The main causes of this behaviour are usually found in; the genetic makeup of the animal, the lack of proper socialization at the appropriate age, and in negative experiences during socialization and later on in its adult life.